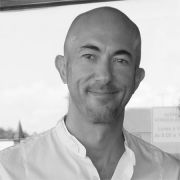 Raúl del Pino was born in the city of Las Palmas de Gran Canaria in 1972. He studied Psychology at the UNED in the mid 90s since his great passion was the Modified States of Consciousness and psychedelics as tools of personal growth and transcendence.

In 1996, right on the high point of the new psychedelic awakening, he created the first website in Spanish dedicated to drugs. It was the same year that publications such as "Cañamo" were born and international conferences were held in Barcelona on entheogens.

Since then he has been committed to informing, in a realistic and objective way, about the topic of psychoactive substances and the Modified States of Consciousness by creating numerous articles on psychedelics, actively participating in forums and in general in the dissemination of information in this matter.

In 2008 he became part of the "Feria del Cáñamo" team as Head of Communication for Spannabis and Chief Editor of the magazine "Cannabis Magazine". He is currently responsible for the digital area.