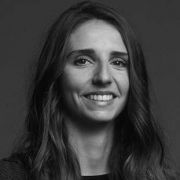 Born in Bilbao and a journalist by profession, he began his career in cannabis activism in Barcelona in 2007, where he began to develop the model of cannabis social clubs in the hands of the historic association La Maca. After his return to Bilbao, he was part of the Pannagh board of directors, while he was the communication manager of the FAC. Since 2013, he has been the coordinator of the Renovatio Foundation, a non-profit organization dedicated to research and dissemination of studies and works related to the regulation of cannabis and drug policies in general. Since 2014, he has been the coordinator of the Responsible Regulation platform.